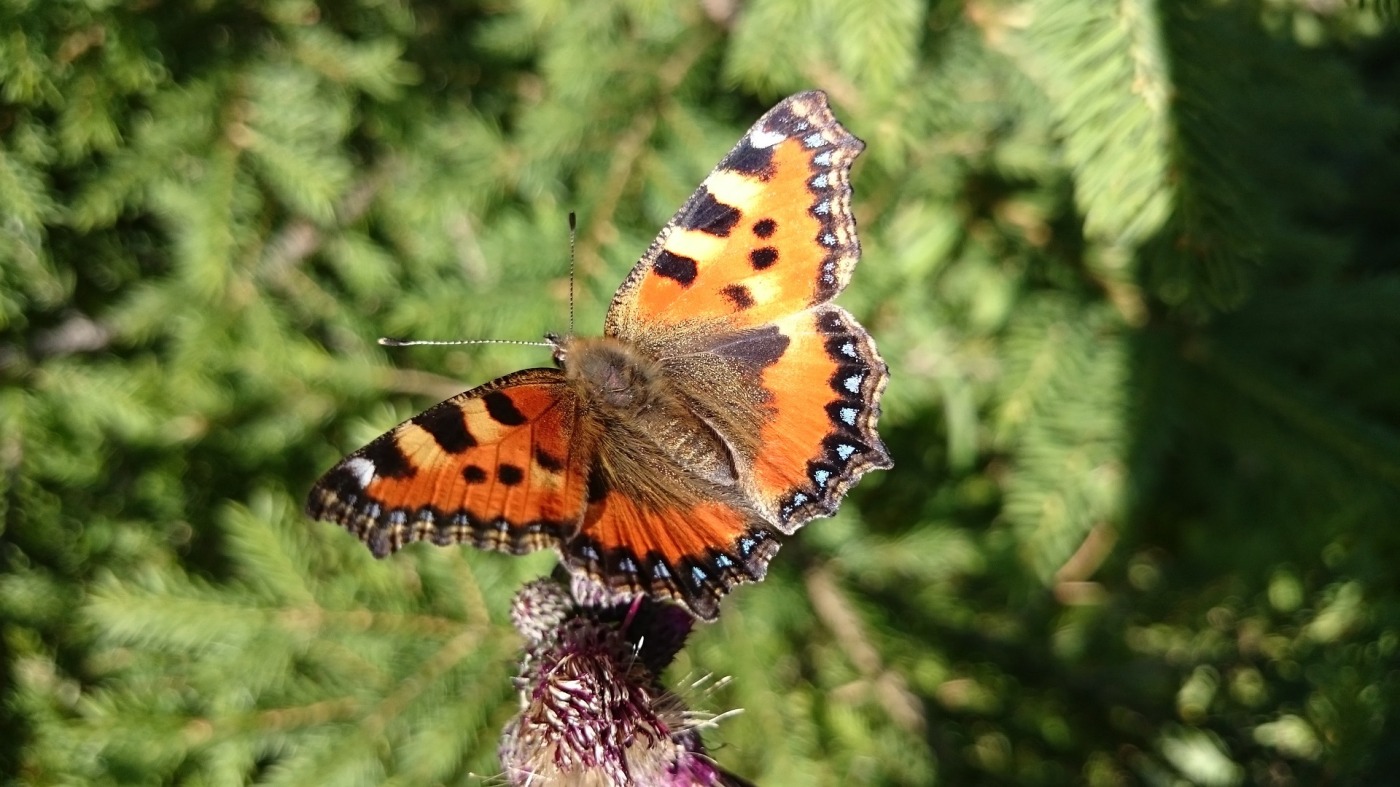 I have bragged for a long time now with my upcoming blog post about what Seneca – that self help guru of the Ancient Rome – has to say to people who are changing direction in life. The time has come. I even took Seneca with me on my three-week holiday in Finland so I could write my post, but then something happened that made me remember the shortness of life without any help from the Roman wise man.

As it happened, on the second week of our vacation, I lost someone dear to me. She was about twenty years older than me, but in today’s perspective still quite young. She left quickly and without warning.

She was someone, who was immensely creative, funny, artistic and smart, but I think she never really found her calling. Or maybe she did, for a while, a few years ago, but her health prevented her from working in the end. Somehow I think that she could never trust that life would carry her.

But when I think of her and miss her, I don’t think about what she did or didn’t do. That doesn’t really matter. What matters is how she was, what she brought with her being into the lives she was a part of. How wonderful children she brought up – not by doing and trying, but just by being what she was.

And even if it is a cliché, death really is a reminder on the shortness of life. We must seize things now, because the right moment might not – no, it does not ever – come. At the same time I have that same fear in me: what if life doesn’t carry? But it just entered my mind: why don’t I approach it like ex-alcoholics approach not drinking: today life carries, today I will do what my soul really desires. What tomorrow brings really isn’t my problem right now.

This long prelude brings me to the point, at last. Seneca just happens to have a lot of helpful tips for someone who is wondering how to spend this life so that death cannot take us by surprise. So here you go, here are some thoughts Seneca has for us seekers:

Stop complaining that you don’t have enough time. You just don’t know how to use it.

According to Seneca, we do get just enough time in birth, but most of us spend it on all kinds of unimportant activities. Life is vast for those who know how to organize it wisely.

But what are the unimportant things we keep spending our lives on? For example these:

Don’t give away your time indulgently to others

If you have never stopped to listen to yourself, Seneca will totally roll his antique eyes at you. We give from our time so easily, and without giving it a second thought, to others, but reserve none of it for ourselves. At the same time we are so protective of our worldly possessions. Seneca asks an imagined old person at the end of his life these questions, and it wouldn’t hurt us to ask them ourselves right now (the translation is my own and based on the Finnish version of the book On the Shortness of Life, because my Latin is a bit rusty):

“When was the last time you were sure about your intentions? How many days went as you had planned, when did you have a steady expression on your face, when did you have a quiet mind, what did you accomplish with all your time, how many people ripped your life apart without you even noticing you loss? How big a part did you lose to worrying, stupid fun, lustful indulging, conventional socialising? How much of your own was left for you? You will see that you die before your time.”

Seneca recommends we be ashamed if we leave only the leftovers of our lives for ourselves and spend time gaining wisdom only when we have some left from everything else. “He who collects his life for himself, who organises his day as it were the whole life, will not long or fear tomorrow.”

Are you busy? Your life is the shortest of all.

Seneca is not the only one who has noticed, that life consists of three parts: the past, the present and the future. A busy person is left with only one of those: the present. The future is unknown and we can only know what the past and the present are. But the busy one is so busy making arrangements for a pleasant future, that he doesn’t have time to analyze the past. And even his present remains unfullfilled.

Seneca sees the past as the holy area in our lives, where fate or human errors do not hold any power anymore. Only a quiet mind is able to see the past in a tranquil way. So the past becomes like the bottom of a dish, on which new experiences are filled on. A busy person’s dish doesn’t have a bottom and so his life runs to waste.

By running around taking care of your obligations you will only disturb others and even yourself (auch). Your real obligations should be getting to know the wise intellects, such as Pythagoras, Democritus or Aristotle.

No doubt there have come one or two wise men and women after them as well, but in any case they are like a family you get to choose. And from them you will inherit a huge fortune that will only get bigger by sharing.

All times are on the side of a wise person: the past he will remember, the present he will use and the future he will anticipate.

Is he saying we should just do nothing and read philosophy?

Not at all a bad idea, according to Seneca, but fortunately he sees great opportunities also in a more active approach.

We can serve two states: the other is vast and very public, consisting of gods and people, borders drawn by the halo of the sun. The other is the one we would call e.g. Finland, Uganda or the United States. Some of us serve one of them, some of us serve both.

The bigger state you can serve from idleness by researching the world and contemplating on virtues (contemplatio). I would say, that the artists and scientists of our time are doing just that, even if they probably don’t see themselves as that idle.

The researching and wondering of the world is living according to nature, Seneca says, but the nature also wants us to act (actio). The results of contemplation must be tested in real life, if possible, otherwise it is not of use to anyone. But when acting, it is essential, how you do it, what kind of attitude you bring into your action (see e.g. busyness).

And oh, there is a third way of spending your life: indulgence. But as you can guess, that’s the most useless of them all. And you would still need a lot of contemplatio and actio to keep up that kind of a lifestyle.

I am not sure if it’s inspiring or depressing that so many of Seneca’s thoughts seem so appropriate even today. Haven’t we learned even in 2000 years to spend our time wisely? If Seneca would write his texts now he’d surely have something to say about people spending time on Facebook (auch), workaholics (ex-auch) and binge watching Netflix (auch). But the inspiring thing is, that he seems to say from behind 2000 years to us all who are thinking about how to spend our time here: you are onto something!

Seneca (about 4 B.C. – 65 A.D.) was a Roman philosopher, who in his fifties became the personal teacher of the emperor Nero. When the results of his teaching weren’t that promising and Nero became a tyrant, Seneca tried to retire from the court. But the only way out for him was a forced suicide. Seneca’s writings are very idealistic, but he didn’t always practice what he preached. The writings in this blog post are based on the book On the Shortness of Life (translated into Finnish by Juhana Torkki, Otava 2018).

One thought on “Seneca – On the Shortness of Life, Tips for Seekers”